According to the Spanish Royal Academy of Language Dictionary the word "network" in its seventh entry is defined as "A group or elements organized for a specific end".

In 2009 the INTERNATIONAL STORYTELLING NETWORK (RED INTERNACIONAL DE CUENTACUENTOS in Spanish) was created initially by Beatriz Montero, up to that point a storyteller in the Trapisondas group, and her partner Enrique Páez, writer and workshop host. This article offers a critique of this framework and looks at whether it exactly meets the definition.

At the beginning, when the INTERNATIONAL STORYTELLING NETWORK (from here RIC, its initials in Spanish) it was possible to read from among its proposals that it wanted to become a platform which linked up storytellers from various countries in order to exchange experiences, to serve as a shop window and as meeting place; laudable intentions. However, after four years have passed, what is the real situation of the RIC?

IT IS NEITHER A NETWORK NOR AN EXCHANGE PLATFORM

A network is a horizontal structure in which its members are interconnected via nodes which communicate in all directions. However, this does not happen on the RIC. Here we find a space made up of storytellers who take no part in decisions regarding the organization and operation of the network, as above them are the coordinators who decide everything related to the functioning of the framework. Information does not flow horizontally, but vertically from the top down, from the coordinators to the storyteller base.

Rather than a grid structure, the RIC has a pyramidal structure. And as such, the base the base of storytellers, the higher go the coordinators.

IT IS NEITHER DEMOCRATIC NOR HAS PARTICIPATION CHANNELS

Any network, however modest, has governing statutes, internal structure regulations, and channels in order to promote internal participation of all its members. It is not necessary to take a look at more complex or established networks such as the Red Española de Filosofía (Spanish Philosophy Network), we can find a much closer example in another storytellers' network which has been operating in Europe since 2008: FEST Federation for European Storytelling, which by 2012 had managed to group over forty associations, schools and storytelling festivals throughout Europe. This network has agreed on legal statutes which serve as channels of participation for all members, with the full right to vote on questions put forward by the board, to voice proposals which could be adopted by the entire collective and to choose the board members, etc.

The participation of RIC members, however, is extremely limited: they can ask for their blogs to be added to the megablog (something they had to change because at the start it was not the case as can be seen here), they can follow the RIC on Facebook, they can follow the RIC on Twitter (and ask RIC to follow them), they can participate on the open Facebook group, and they can participate in activities which RIC (in reality its coordinators) propose: Short tales and Stories to change the world. That is what participation means to the coordinators of RIC.

IT IS NOT OPEN

It is neither open nor are the criteria for access to the list of storytellers or festivals clear: no one has debated this nor do we know the reason why this one yes and the other no. On occasions it has been requested that their operating criteria be shown, but to date there has been no reply. For all these reasons RIC is clearly not a network in which its members have a horizontal relationship, even when they participate. And when someone raises their voice to show disagreement or discontent they have been silenced.

This is clear in the case of Wayqui, a Peruvian storyteller who was not clear about the real objectives of this framework and asked to leave. Months later he is still one more number on the list of storytellers, and when he insisted not only was he thrown off the open list on Facebook but was blocked directly. You can read about this in more detail on the blog of Wayqui.

RATHER THAN STORIES, ACCOUNTS

The RIC is fed by numbers; this is the real objective of the network. In all RIC communications the numbers are always given: now over "so many" storytellers from "so many" countries. On Facebook, on Twitter, on the web, on the blog... even in external discussions taking place in other areas (such as for example, here, in the comments and later cited here): this is the main argument which, it is supposed, is behind the RIC coordinators and opens doors for them. The storytellers at the base are what in reality are supporting the coordinators.

And in order that these numbers stretch and grow and shine, anything goes.

Currently the count says that there are over a thousand storytellers from fifty countries. In reality this is not exactly the case.  It is only necessary to take a closer look at the database to see that the counting is not clear. Here are a few murky examples:

In any case it is very simple to check: you only have to spend a moment adding up the storytellers appearing on the RIC database to see that is does not coincide with the number on the banner.

To all this we must add the lack of member follow-up: one can ask to be removed but another can leave the activity and do other things and forget to ask to be removed and continue to appear as one more number.  You could drop dead and still appear on the list.

There are also doubts regarding the countries total, another piece of data which is always put forward as an argument by the coordinators.

On various places on the RIC web page they speak about the advantages it provides for its members. Among those they assure that it is a free shop window for storytellers throughout the world. However this is not exactly the case: from the home page to the last corner of the web page the RIC is in reality a shop window for its coordinators, the ones who enjoy this visibility. On the home page alone there are currently four videos of Beatriz and Enrique, who are the RIC.

It is true that whoever joins the RIC has a file on which they can sing their own praises as storytellers. But it is easy to imagine that in this sea of horizontal data there are a few which stand out from the rest: those who have set themselves up as coordinators and representatives of the rest.

IT IS NOT A PLATFORM WHERE YOU CAN FIND WORK

We know of nobody who has told us that thanks to the RIC they have more work or it is important in their day-to-day lives. Well not exactly nobody; we know Beatriz and Enrique. Since they set themselves up as representatives of the RIC storytellers they have a lot of work, they fly around the world and she tells in festivals while he gives workshops. And all this does not appear to be only due to their artistic merits, but points to the stupendous construct which serves as their shop window and lets them knock on many doors: the RIC is their business card, their work opportunity.

IT IS NOT IN PRO-STORYTELLING: IT HAS OTHER INTERESTS

Among the objectives of the RIC many are laudable (you can take a look at the web page, in the FAQ they are provided and in addition they will be happy because the number of visitors will increase). However, these objectives cannot be reached when the view is measured, when you only count if you are one of my gang: to include articles of reflection or bibliographies which do not contain complete lists of authors, articles, books which are basic for our work just because "we don't get on" or "you aren't one of my gang" is a strange way to create theory or to promote knowledge of this work of ours.

It is also true that on the RIC web page there is the continuous presence (which causes a lot of confusion) of written texts and writing workshops. It is surprising on a web site that calls for professional storytellers. However, let us not forget that Beatriz and Enrique built this to their own design, and Enrique and his Writing Workshop (and his students' texts) also have to fit.

IT IS NOT REPRESENTATIVE

Furthermore they do not even represent those storytellers who at some moment decided to join the RIC, simply because nobody elected them to do so.

For all the reasons given here we feel that the self-named INTERNATIONAL STORYTELLING NETWORK is not as it seems but is simply a construct which follows objectives which are very different to the ones they propose; a fantastic idea which has been twisted into something different, an instrument which only serves the interests of its coordinators and does not help the storytellers, the professional group or the stories told.

However, and despite all this, the RIC would come under the definition of "NETWORK" according to the Spanish Royal Academy of Language Dictionary, but not as the seventh entry cites at the beginning of this article, but under another more appropriate for the occasion, the fifth entry, which defines network as "Stunt or trick used by someone in order to attract another". 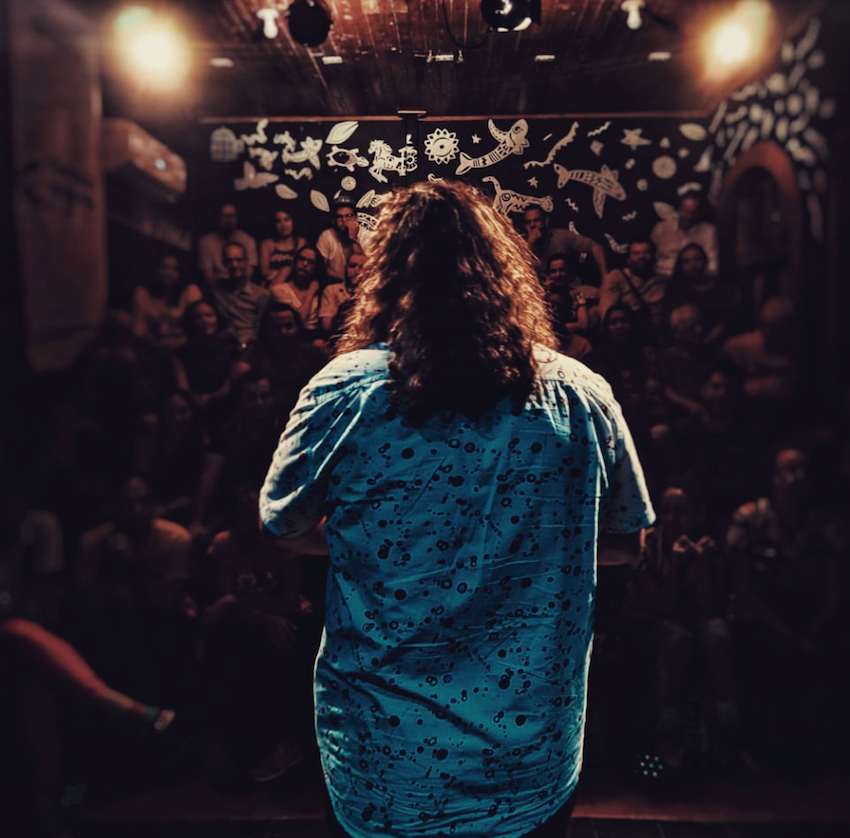 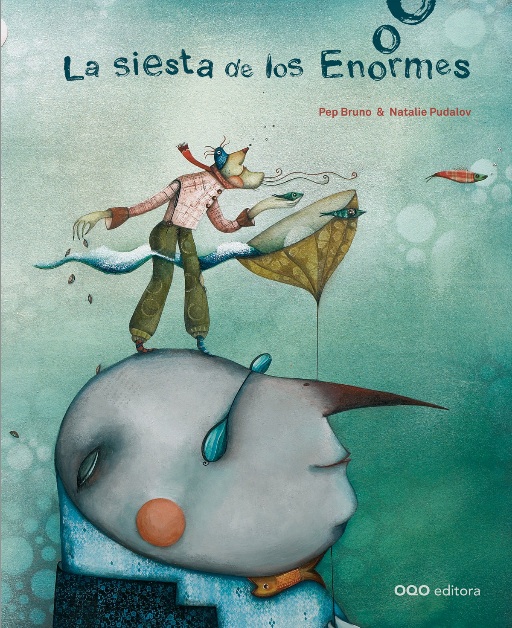